A great day with lots of laughter, fabulous weather and amazing tennis! 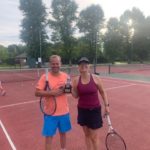 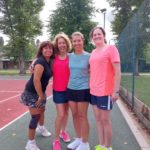 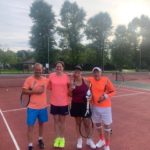 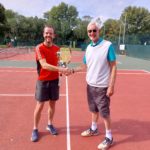 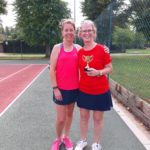 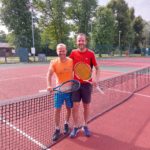 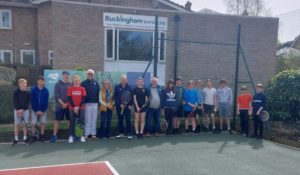 Buckingham Lawn Tennis Club enjoyed a real treat when David Rawlinson visited last Sunday.  Not only did he visit the Club he came on court and joined in with the Juniors Coaching Session and stayed on afterwards to play with Club members during the regular afternoon session.

As LTA President one of his goals is to visit every County during his 3 year term in this position which will amount to over 350 clubs all around the country.  His role is voluntary and ceremonial attending many tournaments around the world and of course presenting trophies to the winners at Wimbledon.

He was previously a county table tennis champion whichhelped him to gain eye to ball coordination which has proved invaluable throughout his tennis lifetime, during which he played for England and later in life achieved world ranking of 35 in singles and 15 in doubles for over 55 age group. 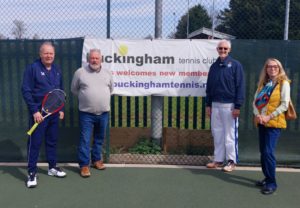 He was welcomed by Buckingham Tennis Club Chairman Chris Northey, Peter Cowley who runs Cowley Tennis which provides coaching for 5 to 17 year olds and Caroline Cornell Councillor for Buckingham West.  During his chat to everyone afterwards David explained tennis is a “game for life” which can start at the age of 5 going right through to seniors.  Buckingham are currently encouraging new members from all age groups to join the club and details of how to do this are on their website at www.buckinghamtennis.net .